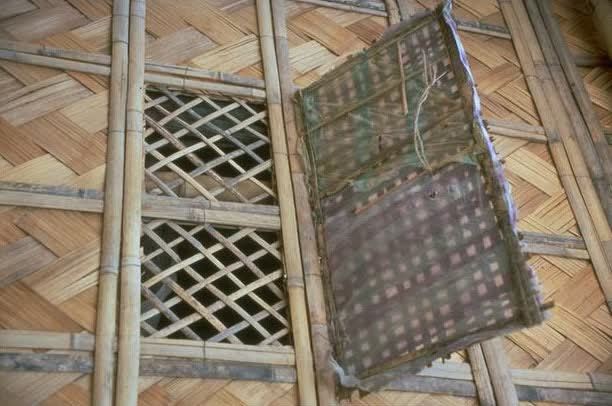 Share
Recipient of the Aga Khan Award for Architecture in 1989.
Bangladesh is one of the poorest and most populous countries in the world. Like most developing nations, it has a severe housing problem. The Grameen Bank is a co-operative non-governmental association that first began a loan programme, without collateral, for the rural poor to help them initiate income generating schemes. This proved successful, the incomes of the loan recipients rose, and most were able to repay the bank. Encouraged, bank officials decided to extend the bank's support to house-building, and now offer credit to its shelterless members, 84% being women, to build flood and water resistant modest houses. Along with loans of approximately US$ 350 at 5% interest, each borrower receives four concrete columns, a prefabricated sanitary slab and 26 corrugated iron roofing sheets. Other building materials are procured as needed. The structural system is based on a standard module, and the pre-cast building materials are mass-produced off site and made available to the self-helpers at low prices. The families construct the houses themselves. In the first five years of the programme 44'500 houses were built, and 98% of the participants had paid back their loans. The jury stated that "the lesson of this success lies in the thoughtful concept and the participatory process behind it, which could be emulated, not imitated, throughout the Muslim and Third Worlds."