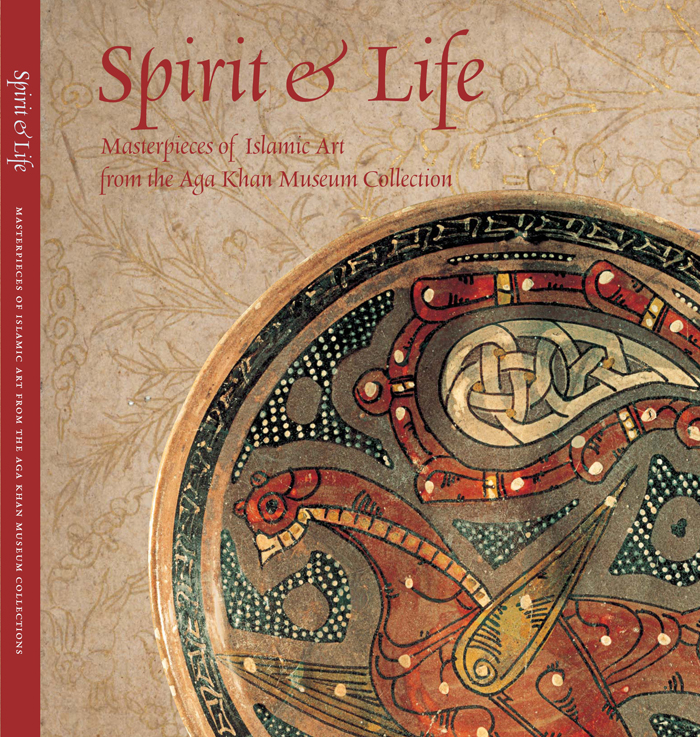 The exhibition Spirit and Life was presented in London in July-August 2007 and brought together 168 art works from the Aga Khan Museum collection. Manuscripts, calligraphies, miniatures, ceramics, metalwork, textiles, objects of wood, stone, mother-of-pearl and precious jewels, they all come the Muslim world at its full extension, from Spain to the Far East. They have been organised into three main themes: the Word of God, Great Historical Courts, and the Path of Princes.

The 200+ page catalogue, in full colour, follows the sequence of the exhibition with not only full images of all the objects, but many enlargements of details. It contains a foreword by His Highness the Aga Khan, a preface by Luis Monreal, General Manager of AKTC, and an explanation of the historical context by Azim Nanji, Director of the Institute of Ismaili Studies. The introduction is by one of the foremost experts on Islamic Arts, Dr. Sheila Canby of  the Near East Department, British Museum. The catalogue entries are by Dr. Aimée Froom, former curator of Islamic art at the Brooklyn Museum, New York. The catalogue contains a timeline and glossary specially prepared by Alnoor Merchant, Institute of Ismaili Studies, London, and a double-gatefold map of the Islamic world showing the provenance of many objects in the exhibition.