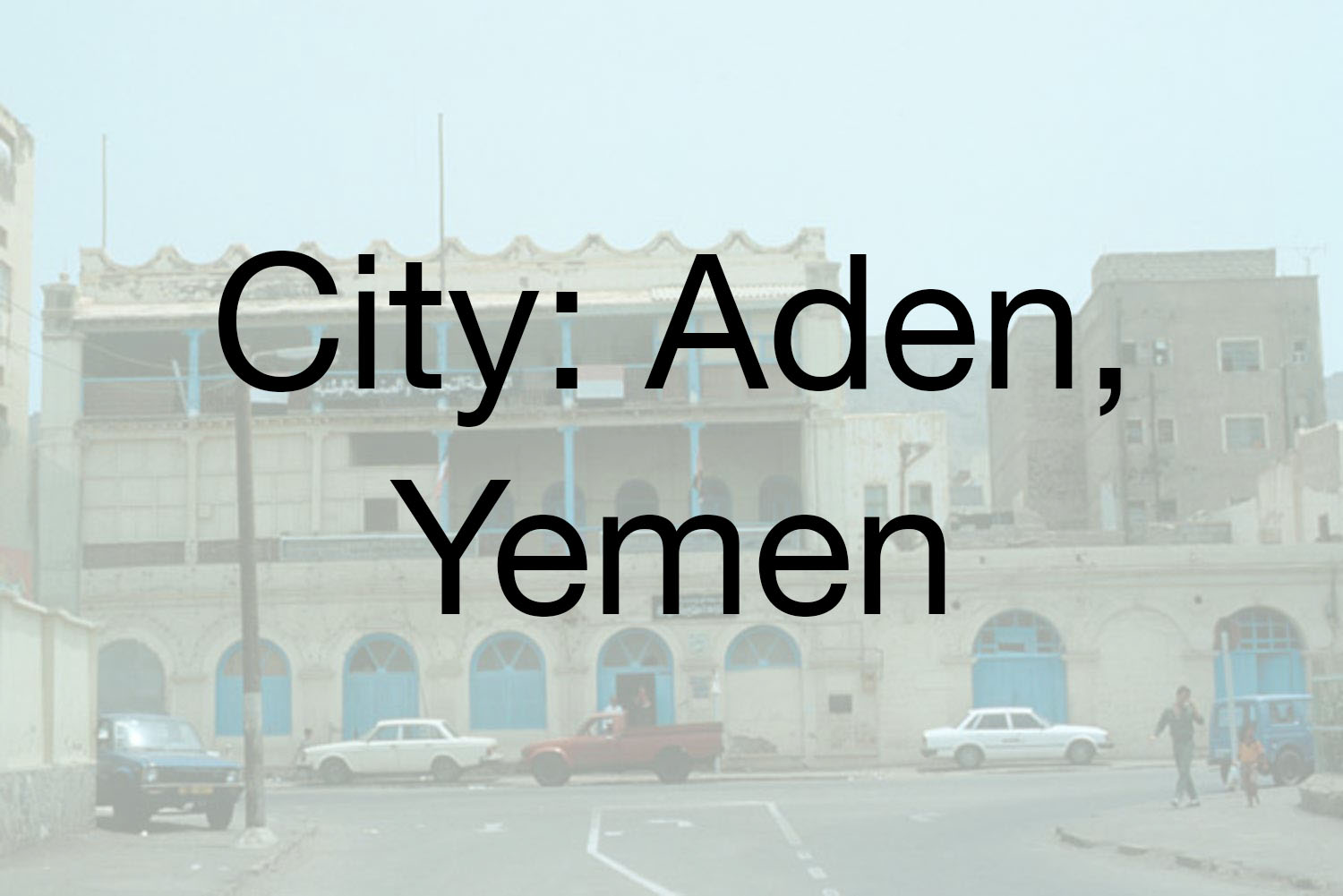 Share
Aden is a prominent city on the coast of the Aden Gulf, historically supporting a diversity of industrial and economic activities since its establishment as a port-city in pre-Islamic times. It developed under both dynastic Islamic and local dynastic rule, reaching the height of its economic productivity under the Rasulids as a primary seaport and intellectual center for Islamic scholarship in Southern Arabia. Aden's Al-Tawela cisterns, carved from volcanic rock, are among the earliest urban structures in the city, as is the Sirah Fortress, an emblem of the city's early Islamic port, and the Al Aidarous Mosque.
As a result of changing geo-strategic conditions, and neglect under changing dynastic rule, Aden's regional dominance began to decline in the sixteenth century, maintaining long periods of stagnation until the mid nineteenth century.  In 1839, it re-emerged within international trade routes after conquest and settlement by British fleets moving in from India, and was established as free-port zone in 1850. Population and economic prosperity steadily increased over the course of the nineteenth century as Aden became a center of British politics. In 1963 Aden was politically united with the Federation of South Arabia, formally expelling British settlements in 1967. Under the People's Democratic Republic of Yemen, Aden served as the first capital and governorate. Development over the late twentieth and early twenty-first century has supported Aden's emergence as the second largest city in Yemen.
Sources:
"Aden". Presidency of the Republic National Information Center, Accessed April 07 2016. http://www.yemen-nic.info/english_site/yemen/gover/aden/brife/.
Peskes, Esther. "Aden." Encyclopaedia of Islam, THREE. Edited by: Kate Fleet, Gudrun Krämer, Denis Matringe, John Nawas, Everett Rowson. Brill Online, 2016. Accessed 07 April 2016 http://referenceworks.brillonline.com/entries/encyclopaedia-of-islam-3/aden-SIM_0188.
‹ › View All
Drag thumbnails
Zoom into map and click to set locations
Select