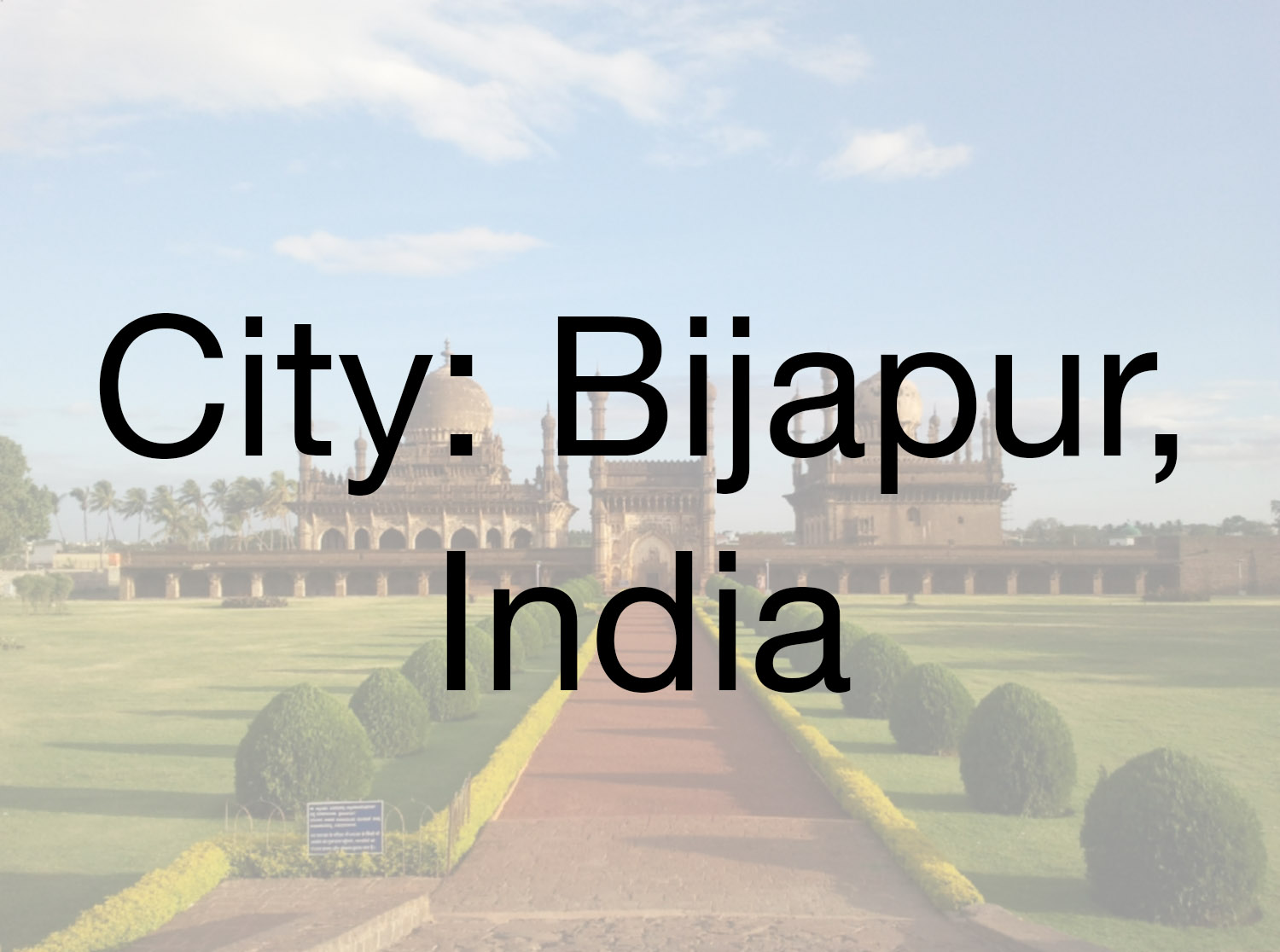 Bijapur was one of the five local kingdoms that formed after the dissolution of the Bahmani kingdom in 1518. Bijapur was important with respect to territory and resources. Yusuf Adil Khan served under the Bahmanids, but after the death of Muhammad Shah Bahmani II, he went to Bijapur with his followers and assumed independence in 1490. With him began the Adil Shahi dynasty of Bijapur.

Situated on a slight elevation, Bijapur does not have any natural protective boundary. An irregularly shaped citadel protected most of Bijapur, which is today known as the Ara-Killa. The walls were completed in 1565 and formed a circumference stretching about 6.21 miles (ten kilometers). Access was gained through six gates that had roads leading to the center of the citadel.

Though of little political significance today, Bijapur played an important role in maintaining a political balance in the region after the disintegration of the Bahmanids. In 1686, it was annexed into the Mughal Empire. Bijapur still has many architectural monuments dating from the fifteenth to the seventeenth centuries. The Karim al-Din Mosque is a pre-Adil Shahi period built with Hindu spoil materials and is located in the southern part of the citadel. The Jami Masjid of Bijapur is considered one of the finest architectural examples of the Adil Shahi period and is located in the city's eastern quarter. The Gol (Round) Gumbaz (Dome) is the mausoleum of Muhammad Adil Shah (r. 1627-1656) under whom the Adil Shahi dynasty reached its zenith. It is the second largest single chamber domed structure in the world, larger than the better-known Pantheon in Rome.