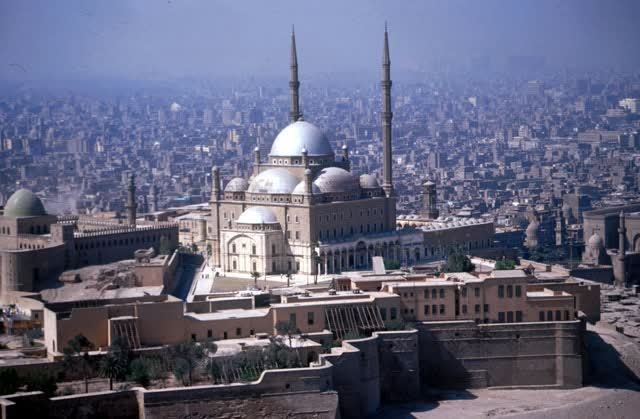 Share
The mosque of Muhammad 'Ali Pasha was built between 1828 and 1848. Perched on the summit of the citadel, this Ottoman mosque, the largest to be built in the first half of the 19th c., is, with its animated silhouette and twin minarets, the most visible mosque in Cairo.

It is built on the site of Mamluk palaces destroyed at the behest of the patron, an act reminiscent of that of Saladin who wiped out all traces of Fatimid power by dismantling their palaces, and it also superseded the adjacent Mosque of al-Nasir Muhammad as the new state mosque. This first independent ruler of Egypt chose to build his state mosque entirely in the architectural style of his former overlords, the Ottomans, unlike the Mamluks who, despite their political submission to the Ottomans, tenaciously stuck to the architectural styles of the two Mamluk dynasties. But then, as an Ottoman governor of Albanian origin, his primary identification was with the Ottomans rather than his local subjects and he even had designs on the Sultanate for a time.

This mosque, with its general scheme consisting of a square sanctuary covered by a central dome flanked by four half-domes, is a conscious revival of Ottoman imperial style. The style, however, was not the only imperial aspect that the architect strived to emulate. The monumental scale of the sanctuary rivals that of Sultan Ahmet (1609-17); the adjoining courtyard surrounded by the typical domed porticoes is of a larger area than that of the Süleymaniye (1550-57); the slightly pointed dome, although of a diameter smaller than its Ottoman counterparts, has a profile equal in height to that of the Süleymaniye and higher than that of the Selimiye (1569-74); the height of the minarets is unrivaled by any of their Ottoman counterparts. The mosque's decoration styles shows strong European influence, characteristic of Ottoman architecture in Istanbul from this period.

Lyster, William. The Citadel of Cairo: A History and Guide. Cairo: The Palm Press, 1993. 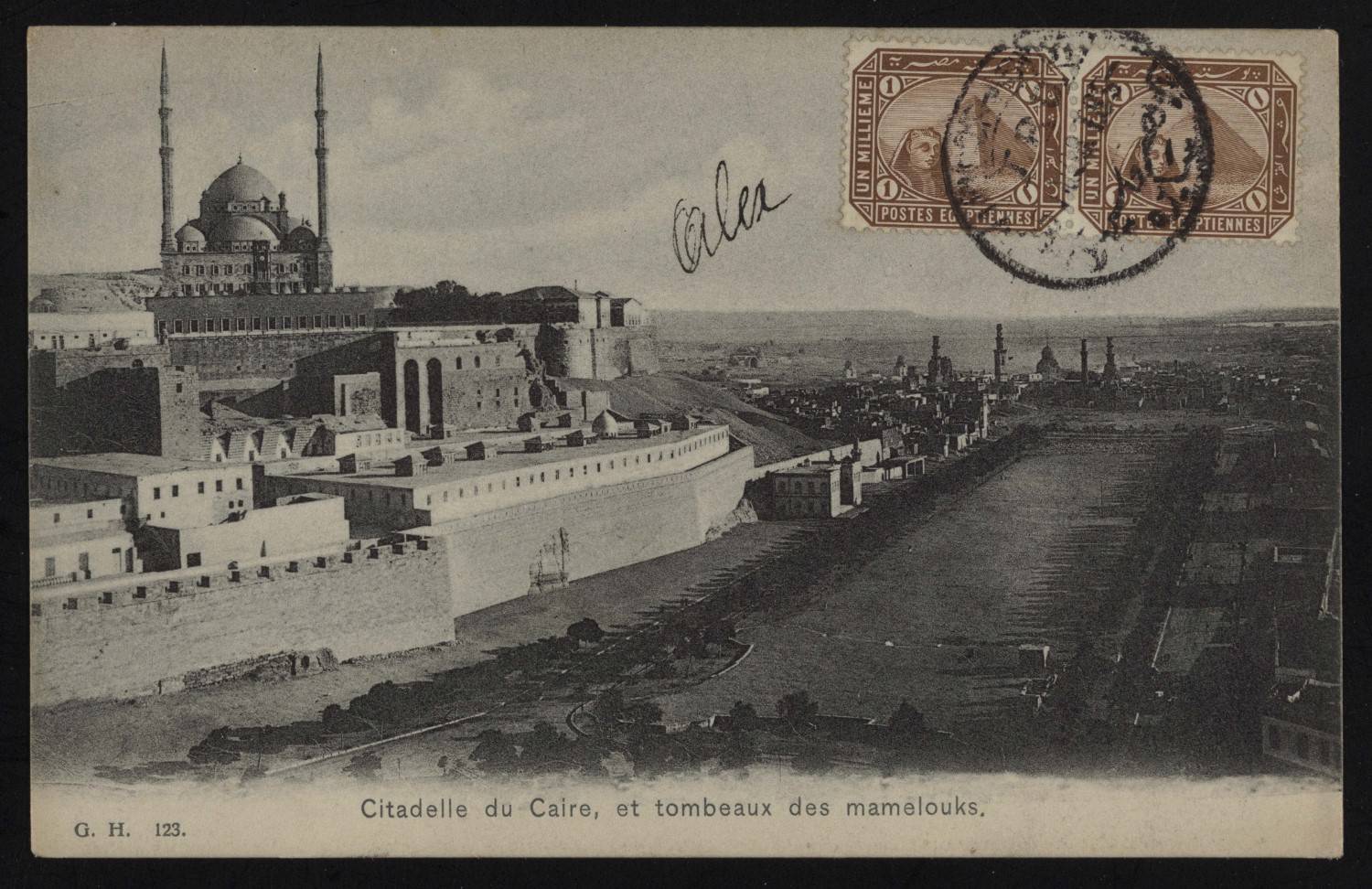