The role of color slides in the Houghton Shahnameh project

In addition to preserving color images of folios now in private hands, the Stuart Cary Welch color slide collection also serves as a valuable historiographic source on Welch's work—a process exemplified in his collection of Shahnama images. Welch used over 50 rolls of film documenting the Houghton Shahnama, which he then printed as color slides.1 He scrutinized these images for clues about their creators, and by extension, the culture of art-making in Safavid Iran.

The use of slides as a research technology facilitated many of Welch's discoveries. The ability to enlarge the smallest detail of a painted surface allowed Welch to focus on the differentiation of artistic "hands," then considered a crucial step in constructing the art historical canon.

His selections capture both his unflagging sense of wonder at the manuscript's complexities, and the stylistic elements on which he based his attributions. Welch identified one painter, "C" as the historical figure 'Abd al-Vahhab, and used his detailed slides to reconstruct the artist's psyche, describing him as "a happy, bustling old man. Mild, pleasing, gentle, humble, even sweet…".2 In keeping with this light tone, he later described the demons that feature in the artist's work as "among the most enticing offerings of a toy store."3 This whimsical comparison gains some traction when we see his photo of the colorful whiskered forms in the painting of Rustam's Sixth Course (SCW2016.03516)—the only detail view he photographed from the painting!

Welch was drawn to small, easily neglected details, and his slides preserve high-quality images of attendant figures, fantastic creatures, or rock forms. We can imagine why he characterized 'Abd al-Vahhab as "a keen student of human foibles" based on the many images he captured of figures engaged in thought or deep in discussion.4

His emphasis on secondary characters reflect some of the art-historical methods popular at the time (as discussed further in the section on connoisseurship). But the collection also demonstrates his interest in making Islamic and South Asian art appeal to the public, non-specialist audience. 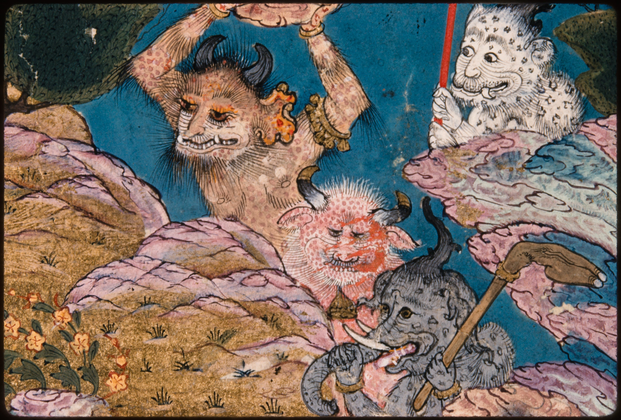 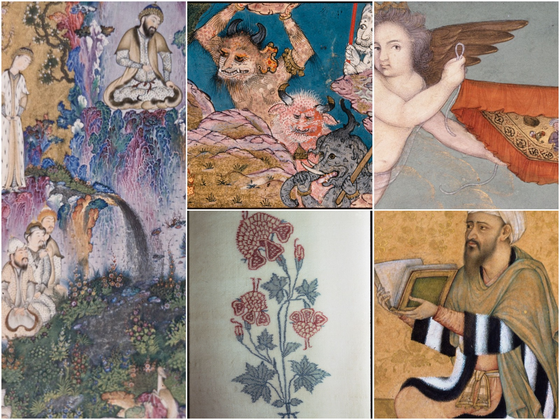 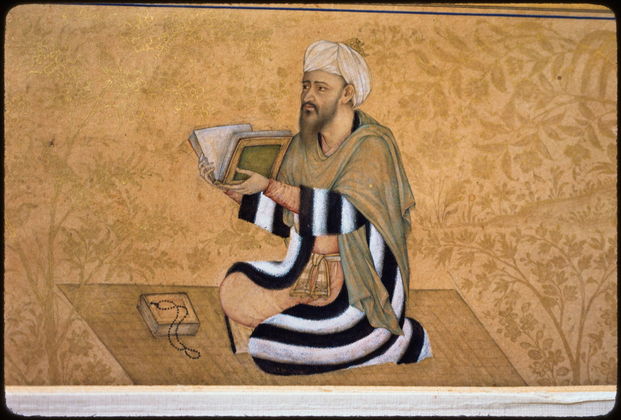 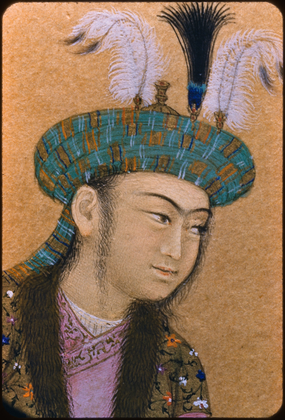 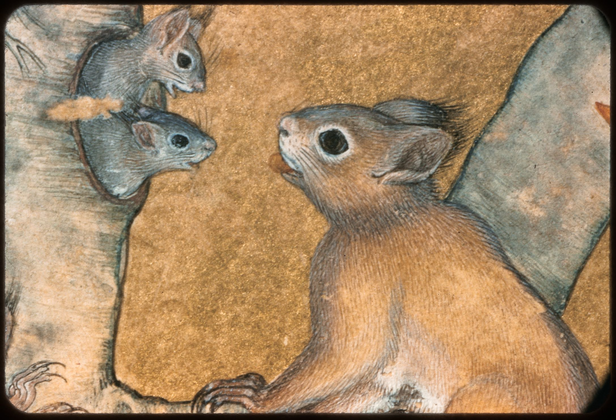 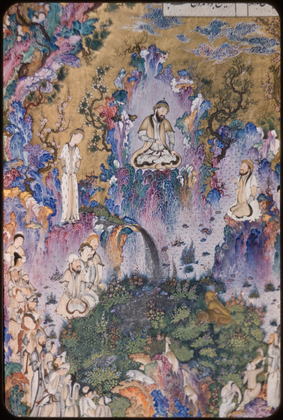 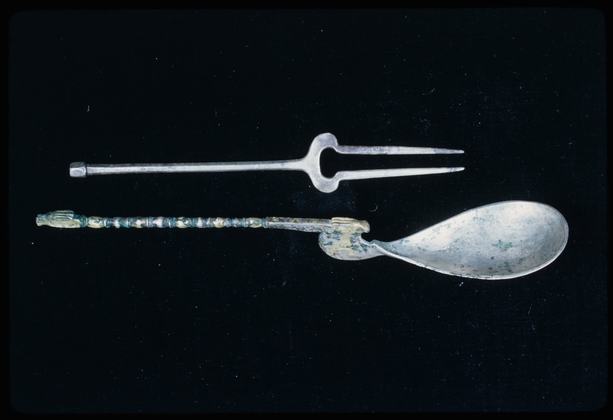 Art and Culture: India and Beyond