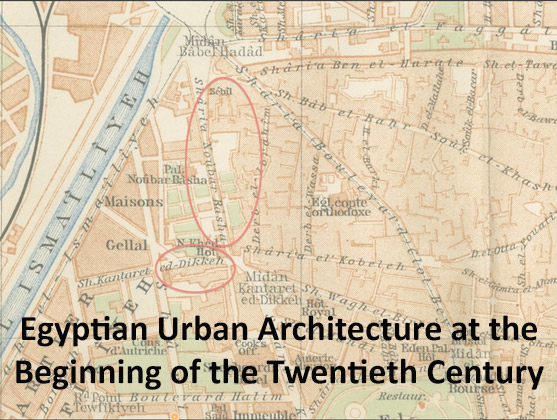 Kitty Lord performed during a dynamic period in Cairo’s history. Her neighborhood of Azbakiyya had become known as the “Covent Garden of Cairo” by the time she arrived. The transformation of this area accelerated during the reign of Khedive Ismail (r. 1863-79), who constructed an opera house and encouraged entertainment venues for both Egyptians and Europeans alike. Sources from the period often noted the cosmopolitan makeup of the audiences of theater during this time that included Arabs, Syrians, Greeks, Armenians, and Jews, alongside European travelers. The French Baedeker guide to Egypt and Sudan (1908) recommended Kitty’s performance venue, Théâtre des Nouveautés as a popular café chantant. Its neighbourhood offered a bustling social scene for nightlife with restaurants and clubs. The English Baedeker guide from the same year praised the top hotels nearby like Shepheard’s, which often sold tickets to opera and theatre performances.

The reputation of this neighbourhood and its lively clientele continued and endured well into the twentieth century. In the controversial Dictionary of Egyptian Customs by Ahmad Amin, the author attempts to capture the national character of Egypt. In his retrospective on the neighbourhood of Azbakiyya, Amin remarked in the 1950s:

The Azbakiyya garden became the meeting place of debauchées and was crowded with taverns and dance cabarets with male and female singers, hashish houses, and gambling dens. People of every vice flocked to it until the word Azbakiyya became synonymous with licentiousness and debauchery of every kind. At 4 o’clock in the afternoon, men and women, young and old, pressed at the gates to get their share of luck and pleasure. Prostitutes wandered on its paths; at sunset the Greeks opened their taverns, and the musicians arrived. After dark, the lanterns and lamps were lit; each band of musicians took its place and the seats were arranged. At some places, the prostitutes sat, each at a separate table, clad in frivolous and transparent dresses and using licentious language. They walked in all parts of their garden, sawing their hips to provoke desire. Each band of musicians was composed of players of the instruments, and in the middle a woman, called an “ālima,” played all the tricks of coquetry and provocation on the rich heirs who came every night. She would throw glances at them, so that everybody through himself the chosen one.[1]

While Amin offers a critical view of these spaces, his statement sheds light on the historical memory of this period when Kitty performed. A glance at Kitty’s studio portraits reveals how her daring costumes and burlesque act could have fit into this scene. The costume revealed the full length of her thighs, accented with padded stockings to perfect their curve. The rest of the ensemble included a cape and headpiece reminiscent of the reign of Henry VIII, emphasizing her English origin to her audience. Her risqué act, it appears, was not unusual for this neighbourhood, but it serves to illustrate how the nightlight of Cairo and theater centers like London were very much in dialogue at the start of the twentieth century.

Map at right: The bottom oval indicates Kitty’s residence on Shâri‘a Kanteret el-Dikkeh.  Above that is the street on which Kitty performed at the Théâtre des Nouveautés. (Adapted from Baedeker’s Guide. Egypt and Sudan. 1908)