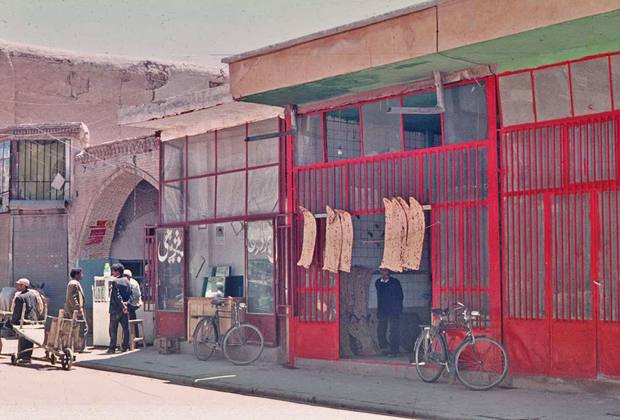 The photographs in this collection were taken by Dennis Briskin, who served as a Peace Corps Volunteer in central Iran between 1967 and 1969. Briskin's photographs depict both the built environment of cities such as Arak, Hamadan, Kashan, Qum, Isfahan, and Tehran, as well as scenes of daily life within them. Many of the images document ways of life that relied on pre-industrial technologies that are increasingly forgotten today. The collection does not represent a systematic attempt to survey the architecture of a region, but rather a documentation of places and their inhabitants that caught the photographer's attention.

After serving in the Peace Corps, Dennis Briskin obtained a M.A. in Journalism from the University of Missouri and settled in Northern California. Other examples of his photographs can be seen on his website, The Face of Iran, and in his unpublished show, Iran Before... (available upon request).