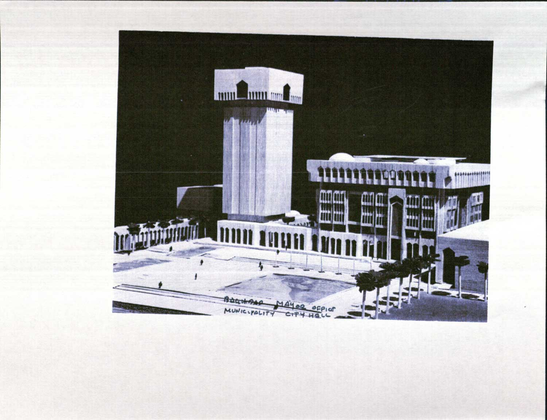 Share
The planning for the Civic Center began when the government planning board assigned a British consultant group, Monoprio Group, to a Master Plan for Baghdad and the location for the Civic Center was assigned. The goal of the planning board in 1954 was to introduce Iraq to the world communities as a progressive and ambitious country. The board had invited world-famous international architects to submit projects ideas. Among the invitees were:
Due to political changes, in the end, only three of the proposed projects were realized: Gropius', Corbusier's and Ponti's.
The Civic Center Design
Although the job was allocated for international architects who were on the planning board's original list of invited architects from 1954, political changes left the program to the work of an Egyptian consultant to establish the entities and offices to share that project site. In the mid-1960s, the project came to our office and we began to design.
Our ambition and vision was to create an Urban Model for the future. To do this, and to ensure achieve a successful and integrated urban design strategy, and thereby, ensure a sustainable future, we needed to develop a complete understanding of the immediate local, and wider, cultural, historical, physical, temporal, and ecological context of the area. Each of these components required full, contemporary, and forward-thinking examination in order to render design solutions. Successful and integrated urban design should honor the authenticity of the total environmental context of the area, and advance the spirit of the place, leading to a more meaningful and memorable sense of identity.
In the concept design for such a large area, important elements to consider included the notable features both on and around the site. Among the features we considered were;
which landmarks to preserve, the context and the continuity of the natural pedestrian flow to, from, and across the area, the traditional nature and continuity of the surrounding areas, and existing vehicle traffic patterns and flow. All of these considerations were important factors for controlling proper access areas.
Future consideration of the metro system centered only on Government use. Later, it was decided that one of the main stations would be located on Jamhorya street, across the street from The Civic Center.
In addition the nature of the landmarks within the site, it was also necessary to consider the Khulani Mosque and the Gailani Mosque, located across the street, on the other corner.
They both were an added additional force that we felt would add to the visual and spiritual dialogue of the space. By creating a green space connecting the two shrine mosques, our design helped to form a peaceful, rich and abiding respect for the two mosques.
In addition, the purpose of, and programs planned for, the buildings all centered on accommodating the various needs and demands of the public. Thus provisions for providing access to these buildings, whether connected through arcades or colonnades, were made to ensure the protected movements of the pedestrians. These colonnades became the backbone of the Civic Center plan, and helped to form a series of courtyards, that added green spaces to the Center and translated the idea of pedestrian movement and communications throughout the complex. Thus, a fluid arrangement of spaces, with smooth transitions between indoor and outdoor spaces, and green courtyards, were created, supporting enhanced activity and giving added life to the buildings.
The three dimensional considerations were developed in harmony with of a limited series of variations. Emphasis was given to two concepts that we considered the main symbolic force of the project: reflecting their status hierarchy and creating connections through the continuous artery of a colonnade artery.
Considering the height of the buildings that dominate the composition of the Civic Center was essential to reflecting and representing the hierarchy and the status of the services offered on the site. Offices in the complex included the Governor of the Baghdad, Mohafadha, the City of Baghdad, and the Mayor's Office Building. Further emphasis was directed to these offices and their respective services with the implementation of a large urban plaza at the front of the complex. Only the present parking in front of the Mayor's Office Building stands in conflict with our planning concept.  All parking space was to be allocated in the semi basement area in part of the Civic Center.
The formality of the plaza design was heightened with the inclusion of space for invited dignitaries and celebrations.
Due to the government's political and strategic changes and the adoption of new policy, only three of the proposed buildings were completed. The remaining buildings dispersed to new sites, in various districts of the city.
If we were to redesign the project today with new know-know technology and materials, we would try to enhance, enrich and respond to contemporary environmental forces. If adopting present day, prevailing trends, I would expect to redesign the Civic Center in such a way that would  allow the gathering of the various unit of the center under a mega stretching form with large atriums providing access to flowing spaces. The design would use courtyards and bring natural light into the interior. This design's high volume form would give a greater sense of space, with floating, connecting bridges. The form would allow for and reinforce the flexibility of the space. Pedestrians will move freely within, reaching their intended units. The space would accommodate additional educational, cultural and social, like exhibitions, to enrich and enhance the atmosphere. The pivotal core of the mega form would be comprised of two major units, constituting landmarks of the site. This design, however, would require a feasibility study, as similar project often exceed the estimated budget.
-Hisham Munir, 2016 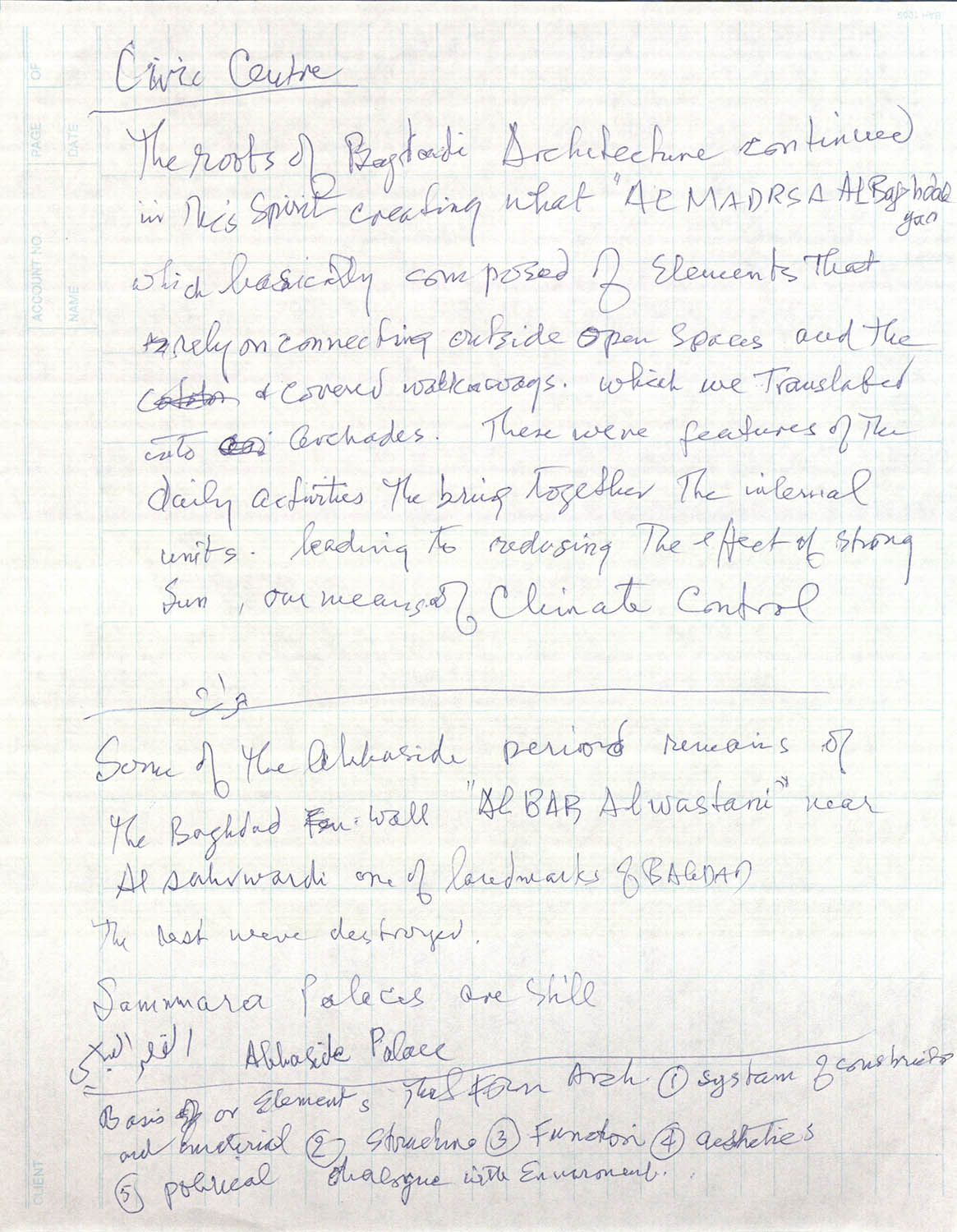