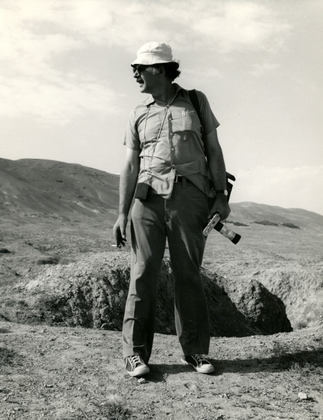 Professor Grabar was the author of more than thirty books and over 100 articles. He held lectureships at several universities and institutions and received many awards including the Charles L. Freer Medal for the Study of Asian Art (2001); the College Art Association’s Annual Award for Excellence (2004); and an honorary Doctorate in Humane Letters from the University of Michigan. During his academic tenure, he took on many additional responsibilities. He was the Director of the American School of Oriental Research in Jerusalem; a member of the Executive Committee of the American Academy of Arts and Sciences; the founding editor of the journal Muqarnas; and a member of both the Steering Committee (1978-1988) and the Master Jury (1989) of the Aga Khan Award for Architecture. In 2010 he was the fourth recipient of the AKAA Chairman's Award.

The Aga Khan Award for Architecture’s fourth Chairman’s Award is given to Oleg Grabar, distinguished scholar and teacher, in acknowledgment of the valuable contributions he has made to the study of the Islamic world’s architectural evolution, from the early Islamic period up to the present. Through his teaching, writings, and lectures, Oleg Grabar has greatly widened and enriched our understanding of the Islamic world’s architectural production, emphasizing its geographic and chronological diversity, as well as positioning it within the wider political, social, cultural and economic contexts.

Oleg Grabar has done more to define the field of Islamic art and architecture, than almost any other 20th century scholar. The questions he has asked, the hypotheses he has proposed, and the theories he has developed over a career that now spans more than six decades, have shaped and defined the way we understand the Islamic world’s rich architectural heritage.

In 1976, Grabar was one of the founding members of the Steering Committee of the Aga Khan Award in Architecture, and in 1981, he was instrumental in establishing - with His Highness the Aga Khan and William Porter - the joint program in Islamic Art and Architecture at Harvard University and MIT.