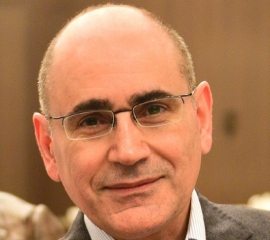 Member of the AKAA Steering Committee

Mohammad al-Asad is a Jordanian architect and architectural historian. He is the founding director of the Center for the Study of the Built Environment in Amman. Dr. al-Asad studied architecture at the University of Illinois at Urbana-Champaign and history of architecture at Harvard University, before taking post-doctoral research positions at Harvard and at the Institute for Advanced Study in Princeton.

Dr. al-Asad has published in both Arabic and English on the architecture of the Islamic world, in books and academic and professional journals. He is the author of Old Houses of Jordan: Amman 1920-1950 (1997) and Contemporary Architecture and Urbanism in the Middle East (2012); and co-author, with Ghazi Bisheh and Fawzi Zayadine, of The Umayyads: The Rise of Islamic Art (2000) and, with Sahel Al Hiyari and Álvaro Siza, of Sahel Al Hiyari Projects (2005). He has also edited the proceedings of three Aga Khan Award for Architecture seminars: Shaping Cities: Emerging Models of Planning Practices (2016), Workplaces: The Transformation of Places of Production: Industrialization and the Built Environment in the Islamic World (2010) and (co-edited with Majd Musa) Architectural Journalism and Criticism: Global Perspectives (2007). 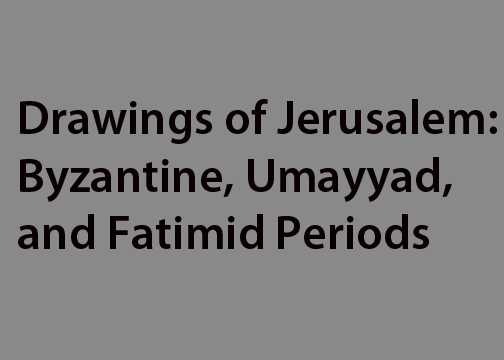 This is file is a Windows self-extracting folder consisting of 29 files. 24 of these are AutoCad drawing (dwg) files, one is an AutoCad xref log (xlg) file, and three are AutoCad script (scr) files. The files present reconstructions of the major urban and architectural components of the city of Jerusalem during the Byzantine, Umayyad, and Fatimid periods.

In order to view the reconstruction of the city in any of these three periods, open the master file, jer1.dwg, then freeze all layers (except for layer 0, which is the current layer), type in the "script" command, and choose "Byzantine," "Umayyad," or "Fatimid," depending on the period you wish to view. From there use the Zoom - Extents command to obtain a bird's-eye view of the whole city.

For additional information about these drawings and about the reconstruction of the city of Jerusalem during the Byzantine, Umayyad, and Fatimid periods, see Oleg Grabar, The Shape of the Holy: Early Islamic Jerusalem. Princeton, N.J.: Princeton University Press, 1996.