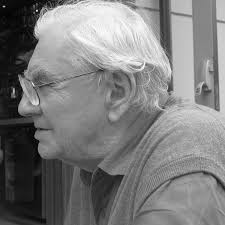 Ronald Lewcock, Australian, was educated in Brisbane in and in Cape Town, South Africa. Hon.D.Arch.(Natal), Ph.D.(Cape Town), B Arch.(Cape Town) M.A.(Cantab). In professional practice as architect, acoustic consultant, conservator and lecturer 1952 –. Senior Lecturer at the University of Natal in Durban 1956–69. Visiting Fellow at Columbia University, 1963–4. Whitehead Fellow at Clare Hall, Cambridge University, 1970–2, and an Official Fellow, 1972-85 (Life Member 1986–), Research Officer in Islamic Arts and Architecture in the University’s Middle East Centre from 1974-84, and a member of three faculties of the University of Cambridge from 1971 to 1984.

Dr. Lewcock was Aga Khan Professor of Architecture at MIT, 1984-91, and Chairman of the Aga Khan Program at Harvard and MIT 1985-7; in 1991 he moved from MIT to become Professor of the Doctoral Program in Architecture at the Georgia Institute of Technology in Atlanta. In 1999 he was awarded an Honorary Doctorate in Architecture by the University of Natal. In 2007 he was named an Honorary Professor of the University of Queensland and lectures there annually. In 2014, he was presented with the Geoffrey Bawa Trust Lifetime Achievement Award in Sri Lanka.

Dr. Lewcock’s scholarly studies specialize in a number of fields. He is a historian and theorist in European architecture and urbanism. His doctoral and post-doctoral studies were in European colonial architecture and urbanism from the sixteenth to the twentieth centuries, in the West Indies, Africa and Asia, with particular emphasis on cultural interactions. The latter led him to the study of Asian and African indigenous architecture, especially to that dominating the main areas of European colonial trade – Islamic – but also including Hindu and Buddhist architectures.