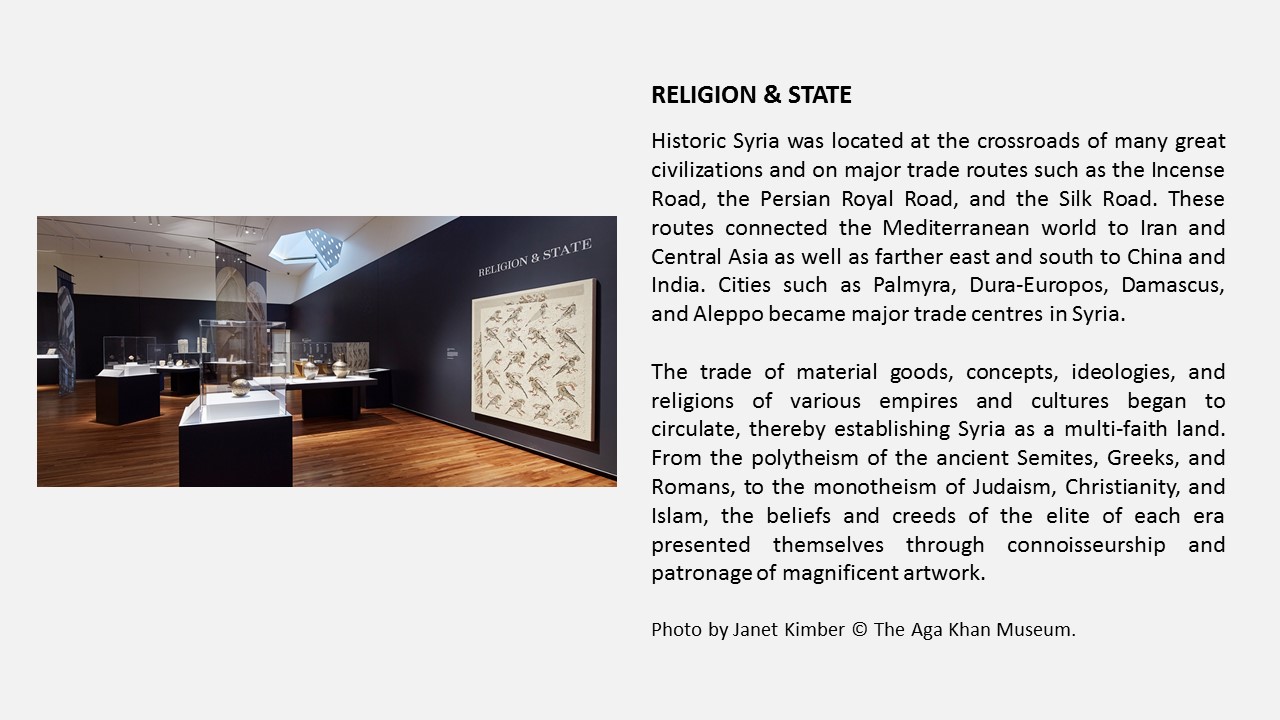 Historic Syria was located at the crossroads of many great civilizations and on major trade routes such as the Incense Road, the Persian Royal Road, and the Silk Road. These routes connected the Mediterranean world to Iran and Central Asia as well as farther east and south to China and India. Cities such as Palmyra, Dura-Europos, Damascus, and Aleppo became major trade centres in Syria.

The trade of material goods, concepts, ideologies, and religions of various empires and cultures began to circulate, thereby establishing Syria as a multi-faith land. From the polytheism of the ancient Semites, Greeks, and Romans, to the monotheism of Judaism, Christianity, and Islam, the beliefs and creeds of the elite of each era presented themselves through connoisseurship and patronage of magnificent artwork.