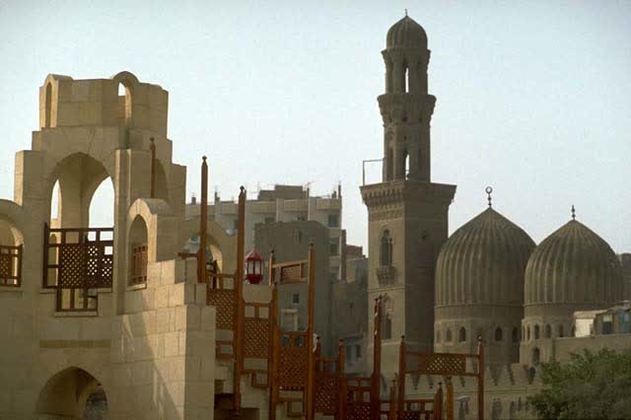 Share
Recipient of the Aga Khan Award for Architecture in 1992.
The Cultural Park for Children is located in Sayyida Zeinab, a poor and derelict, although historically significant neighbourhood in the centre of medieval Cairo. Built on the one hectare site of a former garden, existing trees and shrubs, including an avenue of palms, have been preserved within an engagingly complicated geometric scheme, based in part upon the geometries of the nearby Ibn Tulun Mosque and other important Mamluk and Ottoman monuments in the district. The park includes libraries, studios, rooms with computer and video games, playgrounds, fountains and several settings for the performing arts. The park's boundaries are particularly well designed. Low walls penetrated by arched openings and an entrance gate border a principal thoroughfare. This avenue intersects a secondary street lined with facilities built along the park wall, including an outdoor cafe, street fountain, small shops, seats, a community room and library, a prayer space, a large festival plaza, a clinic and other community services. The jury noted that "the insertion of the park into this congested urban fabric has gone far beyond the original brief. It has generated a renewed sense of community by extending its presence into the surrounding streets. The residents take pride in their neighbourhood as well as their park."
Source: Aga Khan Trust for Culture