In 2012, the distinguished Iraqi architect, Mohamed Saleh Makiya, donated his archive to AKDC@MIT. In June 2013, an exhibition of Dr. Makiya's Khulafa Mosque projects (built and unbuilt) was mounted in Rotch Library, MIT; the exhibition has been recreated in digital form here.

Mohamed Makiya (1914-2015) was born in Baghdad and educated in England, receiving his BArch at Liverpool School of Architecture and a diploma in civic planning from Liverpool University in 1941 and 1942, respectively. He completed his studies at Kings College, Cambridge, earning his PhD in 1946. He returned to Baghdad that same year and established Makiya Associates, an architectural and planning consultancy practice. During the 1950s he designed houses and commercial buildings and became increasingly aware of the heritage of Iraqi architecture. In 1959, Dr. Makiya founded the first Department of Architecture in Iraq at the College of Engineering, Baghdad University, where he remained head of department until 1968. During subsequent years, Makiya Associates offices were established Bahrain, Oman, London, Kuwait, Doha, Abu Dhabi and Dubai.

The first important commission of Mohamed Makiya’s career, the Khulafa Mosque (1960-1963; proposed extension, 1980) is presented here. The project developed around the only remaining artifact of the ninth-century Abbasid mosque that once occupied this space, the dilapidated minaret of al-Ghazl. Makiya’s innovative design for the mosque, located in the Sabbabigh al-Aal neighborhood of Old Baghdad, embodied ideas of urban conservation, regionalism in form, and continuity of architectural heritage, ideas which informed his work henceforth as well as that of younger generations of architects. 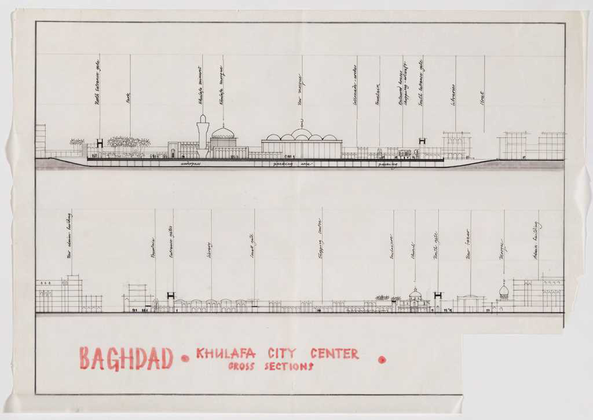 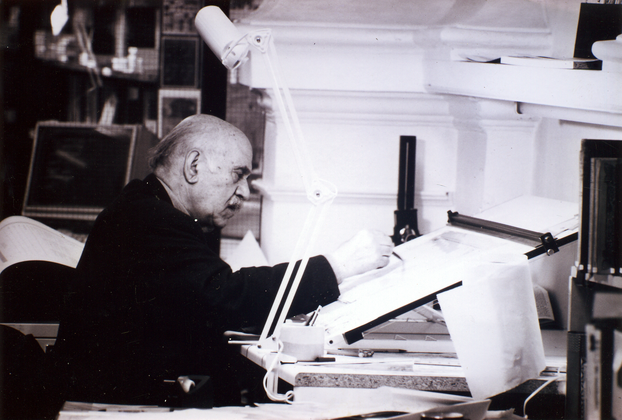