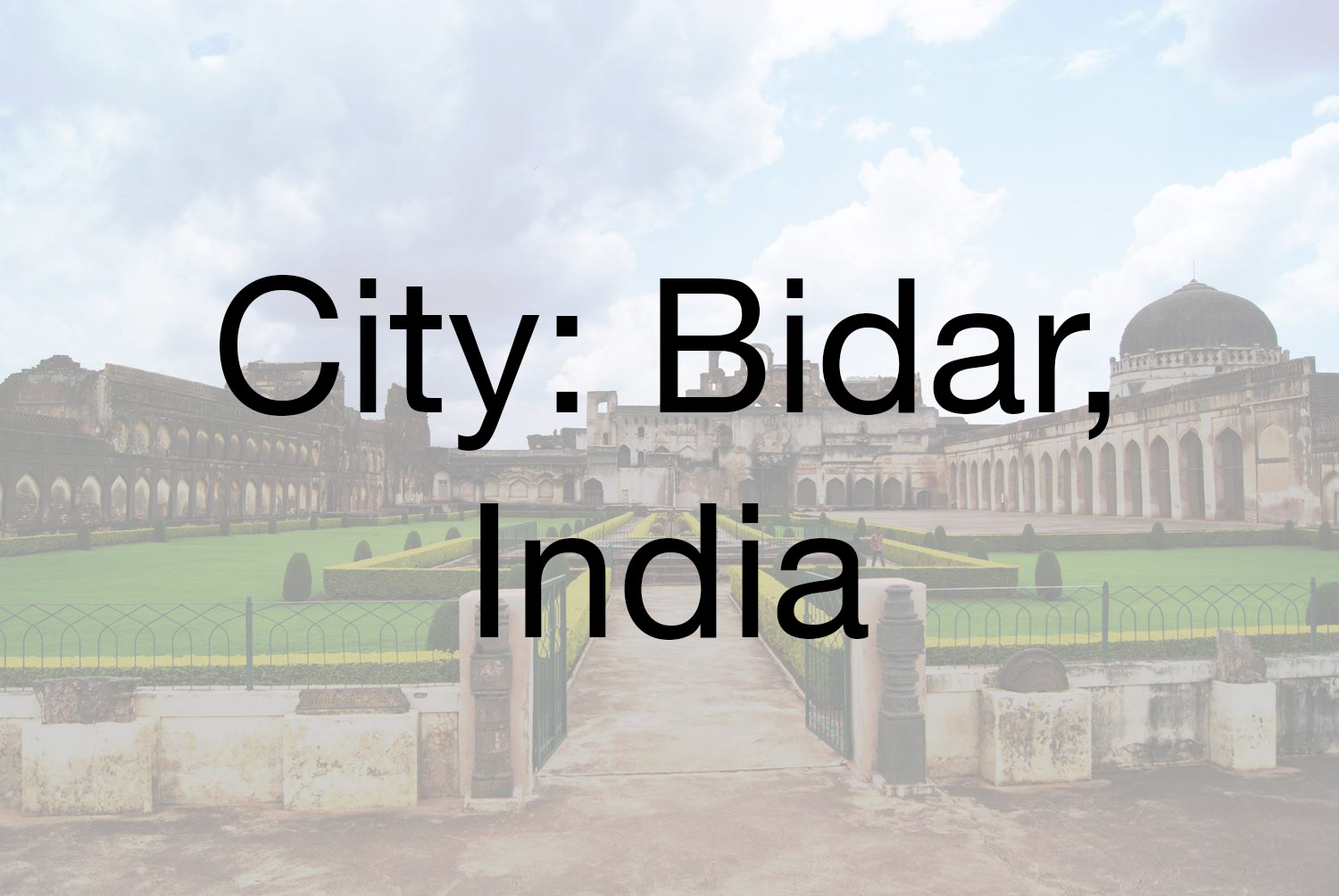 Share
Inscriptions found during excavations around Bidar Fort date the city back to the tenth century during the Chalukya kingdom (974-1190). The Kakatiyas succeeded the Chalukyas and Bidar was a relatively important city of the Kakatiya kingdom when Ulugh Khan conquered it in 1322.
Bidar became part of the expanding Bahmanid Empire under the rule of Hasan Bahman Shah (r.1347-1358). It assumed prominence at the end of Taj al-Din Firuz Shah's reign, when two slaves, Hoshiyar and Bidar, with the consent of the king, led an army against Prince Ahmad in 1422. This military failure placed Ahmad I Wali on the throne. In 1424 he made Bidar the capital of his kingdom and in 1428 he built the Bidar Fort.
Bidar found an able and wise administrator in Khawaja Mahmud Gawan who as the Controller of the State, oversaw the affairs of the Bahmanid kingdom. His diplomatic policies allowed him to solicit the help of Mahmud Shah of Gujarat when Mahmud Shah I Khalji of Malwa besieged Bidar, forcing the then Bahmanid king, Nizam Shah, to flee to Firuzabad. Strong ties with Mahmud Shah prevented Bidar from falling and repelled another attack in the subsequent year.
Under Mahmud Gawan culture and education received tremendous encouragement. The Decanni architectural style flourished and there was a displacement of Tughlaqid with Persian influences. The madrasa of Mahmud Gawan was also established and became highly reputed. However, within the Bahmanid court, there was growing resentment amongst the Dakhis (the old Sunnite class who settled in the Deccan in the fourteenth century) against the Persian Afaqis (new immigrants) who had steadily been gaining in influence. Mahmud Gawan was of Persian origin and became the victim of court intrigue. A forged letter was presented to Muhammad III Lashkari (r.1463-1482), who ordered Mahmud Gawan to be executed on account of treason.
Mahmud Gawan was executed in 1481, which spread alarm and fear amongst those loyal to the king. This precipitated the demise of the Bahmanid dynasty, which saw a series of quick successions until 1504 when it was dissolved into five local kingdoms of which the Barid Shahi dynasty retained Bidar as its capital. In 1619, when Ibrahim Adil Shah II of Bijapur marched against the Barids, who had demanded allegiance since they viewed themselves as the legitimate successors of the divided Bahmanid kingdom. Bidar fell and was made part of the Adil Shahi kingdom.
In 1656, Bidar was captured by Prince Aurangzeb, who had the Friday's sermon said in the name of his father, Emperor Humayun, thus declaring him the new ruler. He also renamed Bidar as Zafarabad, which eventually reverted back to its previous name. The city's status went into a sharp decline from then onwards and has never regained its past glory. Only the remains of the grand monuments of the Bahmanid and Barid dynasties bespeak of its once exalted status.
Sources:
Yazdani, G. Bidar: Its History and Monuments. London: Oxford University Press, 1947.
Burgess, James. Report on the Antiquities in the Bidar and Aurangabad Districts, in the territories of His Highness the Nizam of Haidarabad, being the result of the third season's operations of the archeological survey of western India, 1875-76. Delhi: Indological Book House,1972.