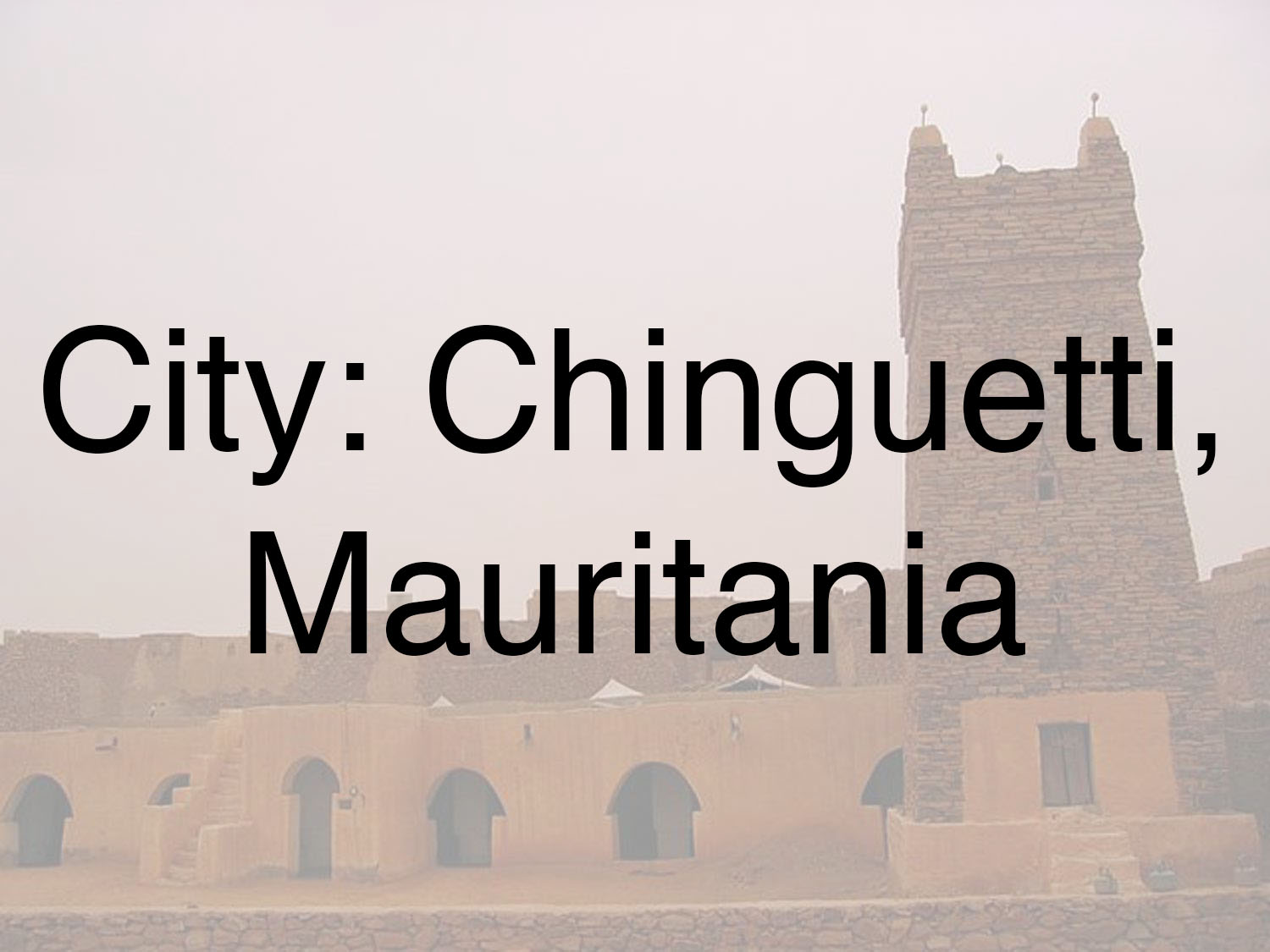 Share
Chinguetti is a city located on the Adrar plateau of the southern Tagant of Mauritania. Sitting high on a raised plateau, the city likely developed from a fortified town, or ribat, though the walls have long since disappeared. The city is perhaps the oldest continuous settlement in the area and the best-preserved example of the dry stone architecture of the Mauretanian ksars (fortified communities), which include Ouada, Tichitt and Oualata. The town was formerly called Shiqit, the root of which means oasis, and is derived from the neighboring Qit Mountain.
The city was formally founded in the eleventh century by a confederation of Berber tribes known as the Sanhadja Confederation of Marabitun. Soon after settling Chinguetti, this powerful consortium migrated north where they were instrumental in the Almoravid invasion of the Maghreb and the Iberian Peninsula. After a period of decline, Chinguetti rose again in the thirteenth century, as one of the main nodes of the trans-Saharan caravan trade. A cosmopolitan city, it soon became one of several major medieval Islamic cities prized for both its saintly and scientific significance. Along with the impressive Friday Mosque, one of a dozen mosques in the city, its renowned library housed over 1,300 calligraphic manuscripts and illuminations. Further attesting to the city's high regard for scholarship, the main axis of Old City's Rue des Savants was a popular meeting ground and forum for hundreds of scholars.
The city's oldest remaining houses, dating back to the fourteenth century, are built primarily of stone, with ceiling beams and gutters constructed of palm wood. The doors, made of acacia and gum tree, are embellished with decorative iron and the roofs are bordered with thorn-bush tufts. The detailing in the stonework of the city is very similar to that of Moroccan ksars, with stepped terracing and stone corbelling laid in chevron or triangular patterns. Distinct to Chinguetti, however, the corner angles of such stoneworks are more squarely defined.
Though conservation efforts have been made by the state of Mauritania together with the support of UNESCO, who declared Chinguetti a World Heritage site in 1996, severe desertification has lead to its abandonment.
Sources:
Defert, Thierry. "Chinguitti ou l'appel des espaces radieux" Balafon, no. 71 (July 1985) : 10-18.