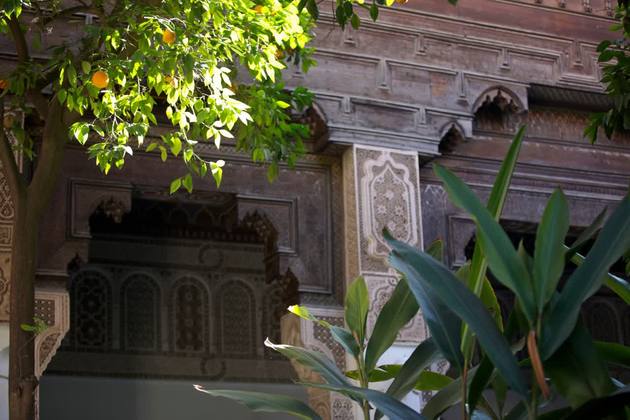 Share
The Bahia Palace is located in the medina of Marrakech along the northern edge of the Mellah, or Jewish quarter. Though the exact dates of the palace's construction are unknown, the building was commissioned between 1859 and 1873 and was completed by 1900. The palace was built in two phases by two different men, a father and son who each served as grand vizirs to 'Alawid Sharifs. The first part of the palace, known as Dar Si Moussa, was built sometime between 1859 and 1873 by Si Moussa, the grad vizir to sultan Sidi Muhammad bin 'Abd al-Rahman (reg. 1859-1873). Between 1894 and 1900, the second phase of construction was directed by Si Moussa's son Ba Ahmed, the grand vizir to sultan Mawlay 'Abd al-'Aziz (reg. 1894-1908).

The palace complex was erected in piecemeal fashion as additional tracts of land were gradually made available to the vizirs by their sultans. Due to the additive nature of the design process, the plan is highly irregular and there are no continuous axes, unified elevations, or consistent ordering principles. The palace is quite large and spreads over almost eight hectares in plan, comprised of a series of walled gardens, pavilions, and courtyard buildings at varying scales.

Though the footprint of the palace does not form an even rectangle, its dimensions can be approximated as 340 meters long at the longest point along its east-west axis, and between 45 and 95 meters wide along the majority of its north-south axis. The north-south axis of the palace is rotated eighteen degrees counter-clockwise from the north-south meridian. This does not include a loosely rectangular addition 60 meters wide east to west and 80 meters long north to south, which abuts the main portion of the complex near the center of its south edge.

The older part of the palace, Dar Si Moussa, includes a courtyard in the north of the complex, as well as a central garden featuring several fountains and cypress, orange, jasmine, and banana trees. Two ornately decorated rooms roofed with ceramic tiles surround this lush garden, which contain inscriptions dating the construction of this part of the palace to 1867. Dar Si Moussa is only a small portion of the overall Bahia Palace complex, but it is noteworthy for its balance of refined decor and a charming pastoral ambiance.

The newer portions of the palace were constructed by Ba Ahmed with the intention of surpassing the achievements of his father Si Moussa. It was Ba Ahmed who continually added section after to section to the palace, creating the intricate and irregular plan of the final complex. Ba Ahmed enlisted architect al-Hajj Muhammad bin Makki al-Misfiwi to design and decorate the major apartments of the additions to the palace. Muhammad bin Makki worked previously in Andalusia, and Spanish decorative motifs, materials, and arabesques can be seen in the fine craftsmanship of the later palace décor.

One of the finest elements of the Bahia Palace is the grand marble-paved courtyard, constructed between 1896 and 1897. This courtyard measures 30 meters wide along its north-south axis and 50 meters long along its east-west axis. It is divided into quadrants by paths of multicolored zellige, or enameled terracotta tiles, in a simple checkered pattern. Each quadrant is paved in white marble with thin borders of zellige between each large marble tile. At the intersection of the zellige paths in the middle of the courtyard is a large rectangular fountain, equal in width to the zellige paths on each side, with a smaller round basin at its center. The courtyard is surrounded by open-air galleries roofed in green ceramic tile. The arches that support the inner sides of the galleries feature bright yellow and blue ceramic screens inset above their imposts. These screens incorporate vegetal sculpture in the traditional Andalusian style.

Materials for the decoration of the Bahia Palace were sourced from all over North Africa. Marbles were brought from Meknès, which were likely originally quarried in Carerra, Italy, and may have been previously decorated the Palace of Moulay Ismail (1672) or the Badi' Palace in Marrakech (1578-1594). Cedar for the painted ceilings of the palace apartments was ordered from the Mid-Atlas region, and glazed terracotta tiles came from Tetouan. Artisans from across North Africa and Andalusia were employed in the construction of the palace.

Ba Ahmed was an extremely rich and powerful vizir whose fortunes were envied by the sultan himself. Only hours after Ba Ahmed's death in 1900, sultan Mawlay 'Abd al-'Aziz ordered the raiding of the Bahia Palace to collect its splendid furnishings and decorative materials. While much of the opulent ornament of the palace was lost during this incursion, some parts of the palace were spared and have retained their rich decor. The marble-paved courtyard and its neighboring apartments survived intact and remain an example of the former grandeur of the Bahia Palace complex.

The Bahia Palace has been well-maintained over the past century by the Moroccan government and is currently used to receive foreign dignitaries. Part of the palace is occupied by the Moroccan Ministry of Cultural Affairs. 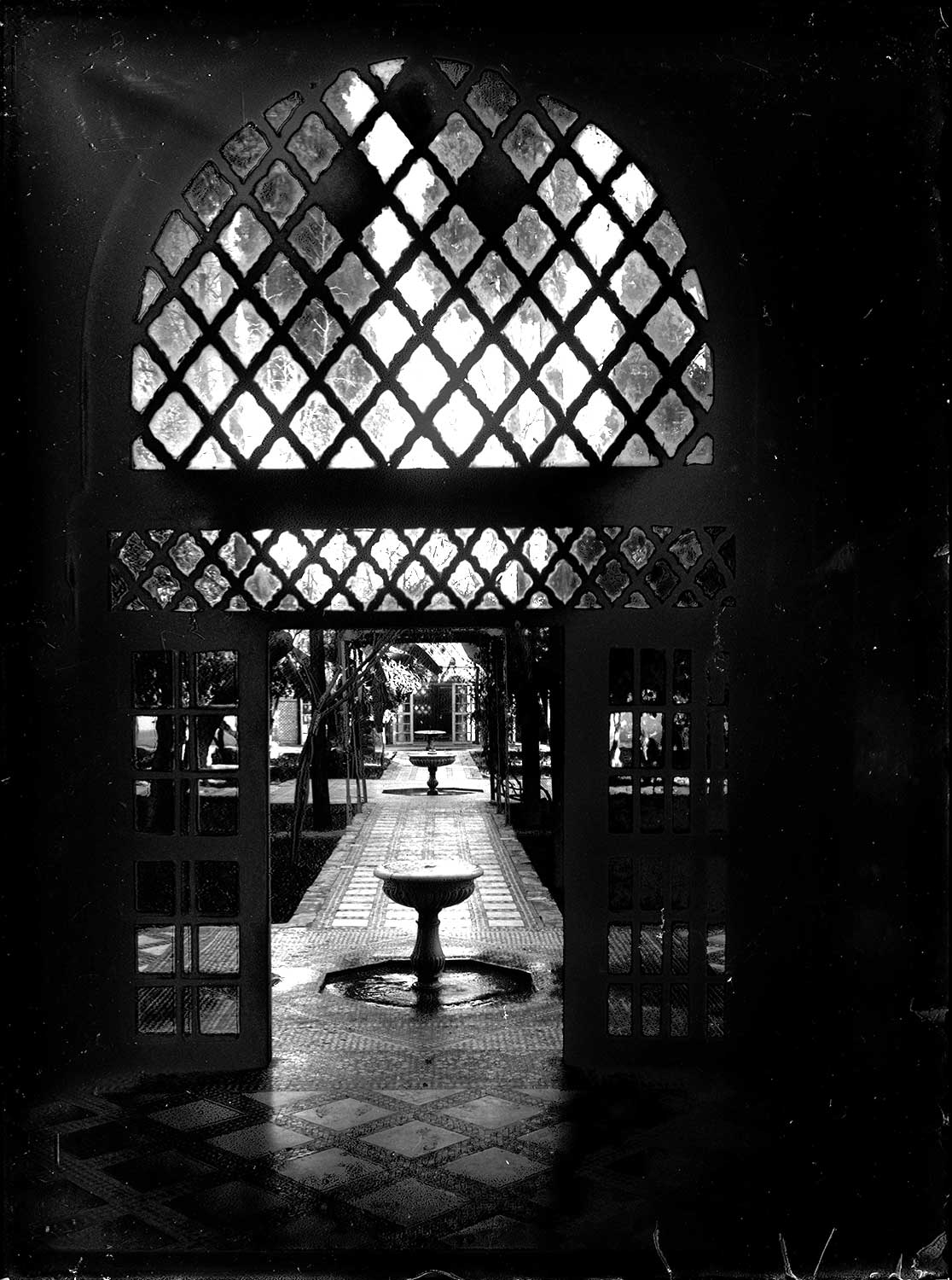