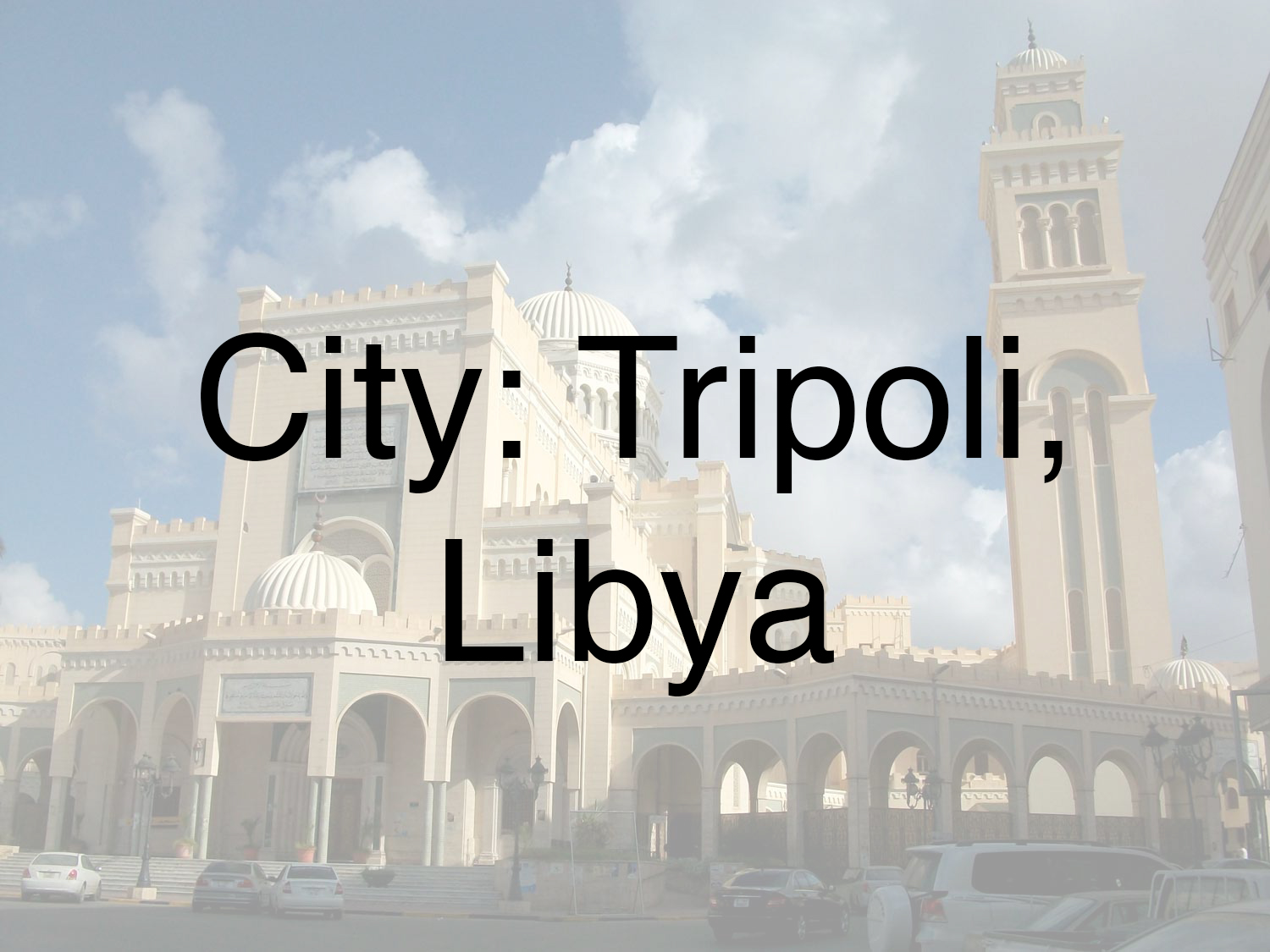 Tripoli, the capital of Libya, lies on the North African coast surrounded by agricultural plains. Tripoli's natural harbor and a permanent oasis have drawn people to the area for three millennia. Oea, as Tripoli was known in Phoenician times, was one of the three cities, along with Sabratha and Leptis Magna, of the Roman provincia Tripolitania. The decline of Sabratha and Leptis Magna left Oea the principal city on the coast, but it continued to be referred to as Tripolis.
Tripoli was a Christian city from at least 256 CE until a Vandal siege in the mid-fifth century. The rule of the city changed hands between the Vandals and the Byzantines until Amr ibn Al-As and his Arab armies conquered Tripoli in 642. The Knights of St. John took the city in the 14th century. The Spanish conquered it in the 16th century, after which the Ottomans captured Tripoli and governed until the 20th century.
The old city (medina) is surrounded by massive Ottoman fortification walls, and its plan still reflects Roman origins with a cardo extending from the arch of Marcus Aurelius to the Bab al-Hurria (Liberty Gate). A decumanus runs from an arch along Shar'a Hara al-Kabira, another along streets Shar'a al-Harrara and Shar'a Humt Garian. Cardo and decumanus exemplify the two principal divisions in a Roman town plan. The city is dominated by the castle, al-Saraya al-Hamra, which today houses the Jamahiriya Museum. The oldest surviving mosque in Tripoli is the mosque of al-Naqah (1610), but other significant monuments include the Ahmed Pasha al-Qarahmanli Complex, the Uthman Pasha Madrasa, and a number of other mosques. Along Tripoli's narrow, arcaded streets are courtyard houses from the Ottoman period and funduqs, two-story market workshops with sleeping quarters for merchants.
Sources:
Islamic art and architecture in Libya. London: Libyan General Committee for Participation in the World of Islam Festival, 1976.
Elmahmudi, Abdalla Ahmed Abdalla. The Islamic Cities in Libya: planning and architecture. Frankfurt: Peter Lang, 1997.
Ward, Philip. Tripoli: portrait of a city. Cambridge, England: The Oleander Press, 1969.
Warfelli, Muhammad. "The Old City of Tripoli." In Art and Archaeology Research Papers. London: AARP, April, 1976. 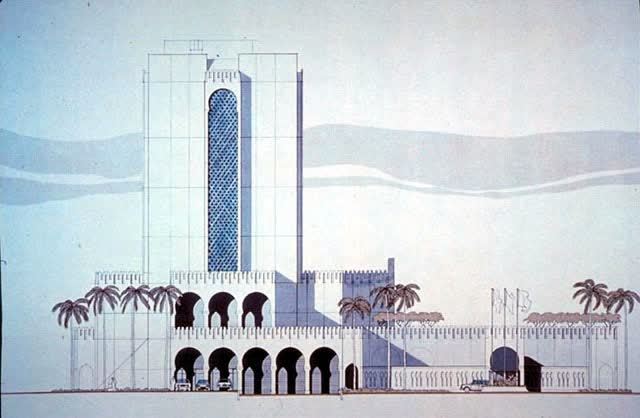 Share
This six-storey, five-star hotel was built as an important component of a larger project whose aim was to restore the harbour area and the surroundings of the main square of Tripoli. The surrounding buildings are mainly low to middle-rise apartment blocks. It was seen as vital that the hotel should have a scale which would relate to these buildings. The hotel consists of a central core which on the lower levels is surrounded by restaurants, lounges, shops, etc. These generous, arcaded areas extend out from the main building line in such a way that they become more easily accessible. The internal and external public areas are raised above ground level to allow privacy and a full view over the sea. Externally, the facades are largely composed of prefabricated, arched elements. The construction system applied is the reinforced concrete frame made in-situ, designed to withstand earthquake loading. Infill is precast concrete panels and limited block work.