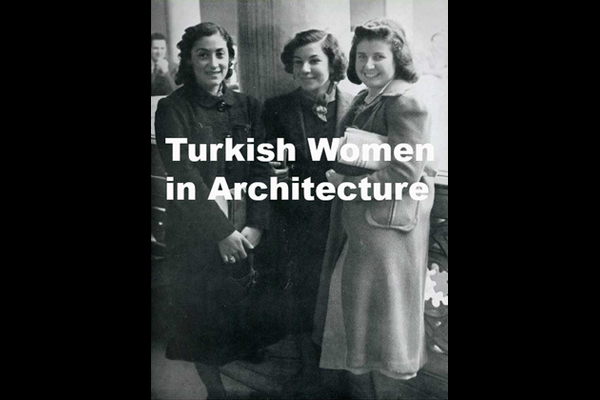 Share
Women in Modern and Contemporary Territories of Turkish Architecture
Motivated by a lack of attention to Turkish women’s contributions to architecture, the inability of the profession’s to retain female practitioners,  and other manifestations of gender inequality in the field, the goal of this project is to offers a comprehensive account the role of Turkish women in the practice of architecture and design, and in academia.
Through a consideration of the main professional and cultural characteristics of architecture in Muslim-majority societies, and the ongoing challenges and gender politics involved in documenting the global history of women in architecture, it becomes clearer why Turkish women architects occupy a unique position at the intersection of East and West).  Their accomplishment deserves more widespread attention. In spite of Turkey’s traditional patriarchal society and the male-dominated nature of the architectural profession, Turkish women architects operated as one of the modern iconographies of the secular state established by the Kemalist revolution.  Women entered the field of architecture by situating their practice within social and material context of the sector. Following the establishment of the Republic of Turkey in 1923, they had the opportunity to pursue architectural education.  Subsequently these women became active participants in the development of modern architectural culture, including design-centered practice, teaching, writing and artistic production on a multi-layered stage.

Although the first architectural school in Turkey was established in 1883, it was not until 1934 that the first women architects obtained degrees.  Women’s enrollment in architecture programs and the number of women practicing in the field has climbed since that period. Their design thinking, vocabulary, practices and intellectual endeavors became increasingly important in the contemporary repertoire of Turkish architecture. Nonetheless, it must be acknowledged that the culture and gender politics of the profession still resist the entry of women into the both the practice and study of architecture in the Republic of Turkey. In addition, most women architects minimize their achievements and the difficulties encountered in their careers. Some women who seeking acceptance in the profession or academia dissociate themselves from the rhetoric of gender difference, dismissing the challenges posed by the sexual division of labor, sharp salary differences, glass-ceilings, gender stereotypes, and other factors. Narratives about the “great men” of the profession continue to dominate the historiography of Turkish architecture, minimizing the role of women. The history built on these narratives has proven highly resistant to any consideration of the role of women in the field of architecture, and to the inclusion of material documenting their role. These tendencies continue in spite of the growing presence of women in the practice and scholarship in the various fields of architecture. Finally, it can be assumed that there is no framework for feminist scholarship coming from within the discipline and architectural schools, in which architectural historians and critics can be  trained to analyze the social and cultural construction of sexual difference, the mechanisms of gender politics, and power relations in the field of architecture.

In response to these challenges, this project seeks to document and analyze the visual, textual and architectural works produced by Turkish women architects, in the hopes of stimulating critical awareness in this field. As an ongoing project still in development, the curator and author of  this collection welcomes first-hand material that will make this collection more complete.

NOTE: This collection is currently being uploaded.  Check back frequently over the course of the coming weeks as material is added.
-Archnet