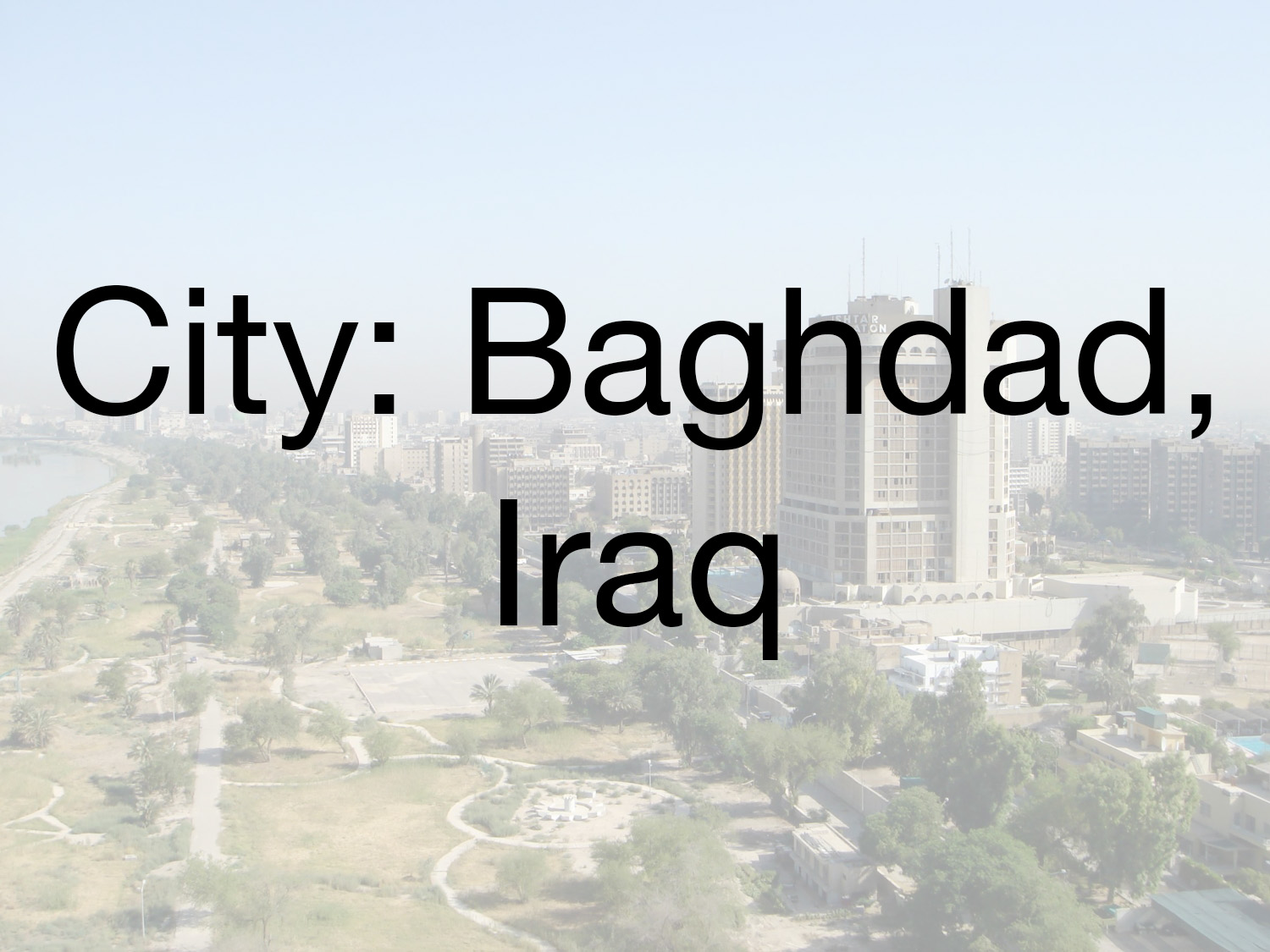 Determining the Factors Affecting Social Interaction in the Parks of Baghdad City, Iraq 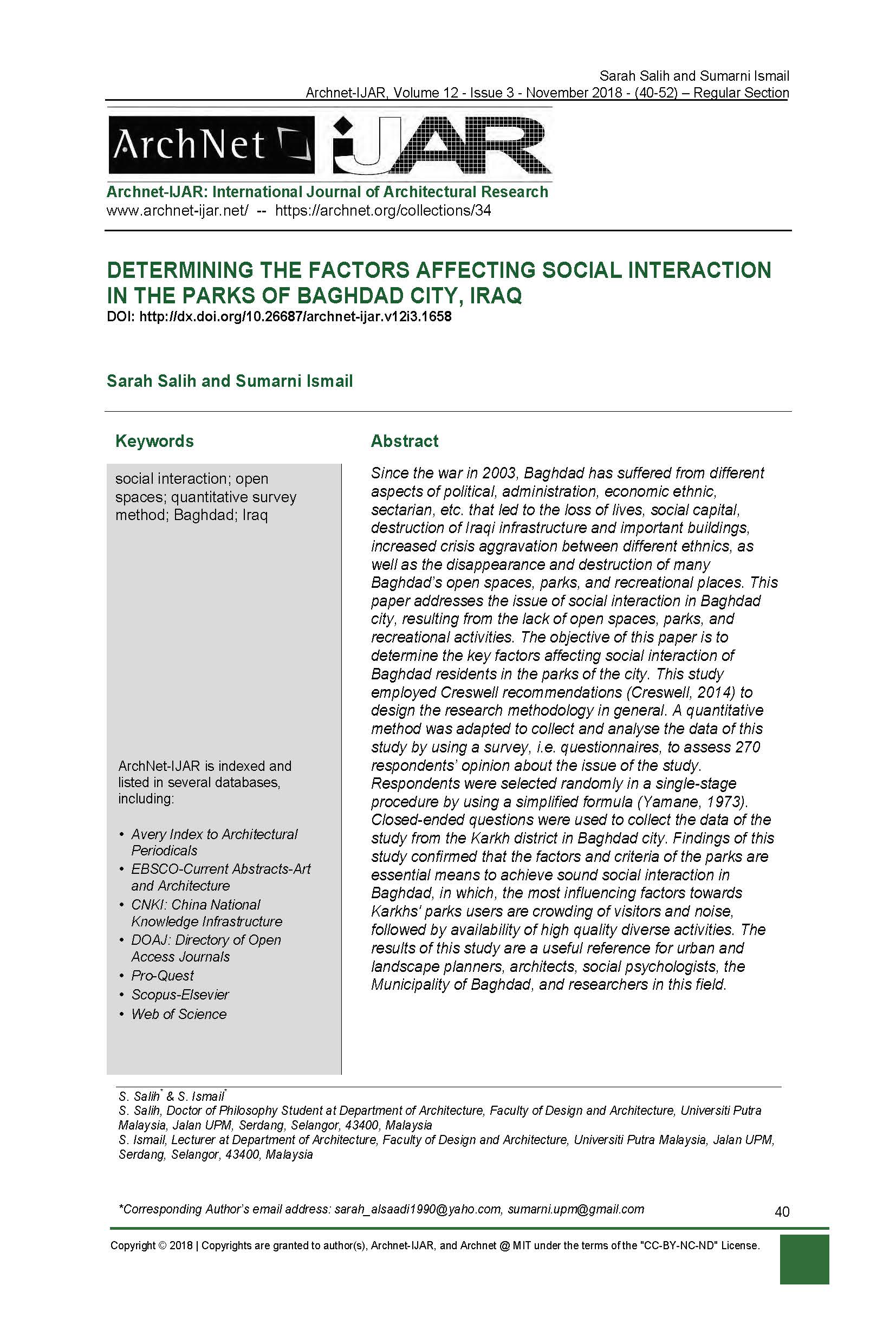 Citation
Sarah Abdulkareem Salih and Sumarni Ismail. "Determining the Factors Affecting Social Interaction in the Parks of Baghdad City, Iraq." Archnet-IJAR: International Journal of Architectural Research. Vol. 12, issue 3 (2018): 40-52.
Description
Since the war in 2003, Baghdad has suffered from different aspects of political, administration, economic ethnic, sectarian, etc. that led to the loss of lives, social capital, destruction of Iraqi infrastructure and important buildings, increased crisis aggravation between different ethnics, as well as the disappearance and destruction of many Baghdad’s open spaces, parks, and recreational places. This paper addresses the issue of social interaction in Baghdad city, resulting from the lack of open spaces, parks, and recreational activities. The objective of this paper is to determine the key factors affecting social interaction of Baghdad residents in the parks of the city. This study employed Creswell recommendations (Creswell, 2014) to design the research methodology in general. A quantitative method was adapted to collect and analyse the data of this study by using a survey, i.e. questionnaires, to assess 270 respondents’ opinion about the issue of the study. Respondents were selected randomly in a single-stage procedure by using a simplified formula (Yamane, 1973). Closed-ended questions were used to collect the data of the study from the Karkh district in Baghdad city. Findings of this study confirmed that the factors and criteria of the parks are essential means to achieve sound social interaction in Baghdad, in which, the most influencing factors towards Karkhs' parks users are crowding of visitors and noise, followed by availability of high quality diverse activities. The results of this study are a useful reference for urban and landscape planners, architects, social psychologists, the Municipality of Baghdad, and researchers in this field.
Main document
Associated names
Keywords
parks
Language
English
File type / Size
PDF / 3 MB
Document Date
2018
Copyright
2018 Archnet-IJAR, Archnet, MIT- Massachusetts Institute of Technology
Source
Ashraf Salama